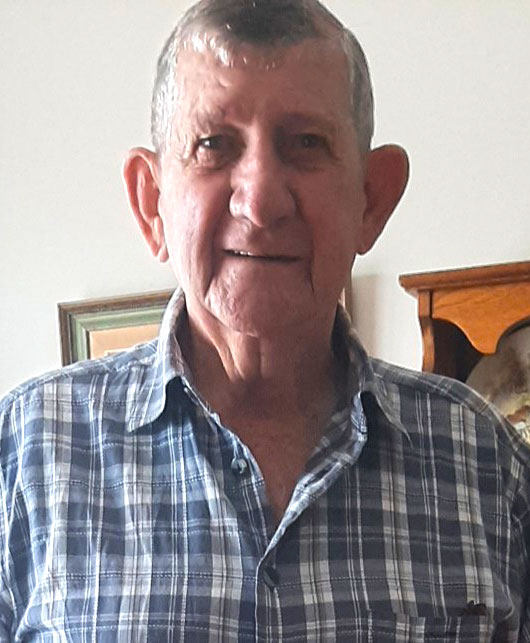 On January 6th, 2021 Dave Dewberry, an elder statesman member of OCCA, sadly passed away. Dave had undergone a hip replacement surgery on 3rd January 2021, but unfortunately three days later he peacefully left us. Kwa Zulu Natal OCCA members, both young and the old timers, all the poorer for his passing.

Dave Dewberry was one of the founder members’ of OCCA and the Kwa Zulu Natal branch, way back in the mid 1960’s. When I, as a then a new young member of OCCA, I first met Dave in the mid 1970’s, he was a Director of Tauber & Corrssen, a member of the Bayer Group.

In those colourful and early years, OCCA meetings were very well attended and after the meetings there was much discussion and debate on the subject title that went on to late into the night! As the topic of discussion, often become rather blurred amongst the members present, I would find myself with Dave discussing for more pressing issues, such as rugby, cricket, tennis and golf and many years later bowls.

As Dave was a director of Tauber & Corrssen, he called on the senior technical managers/directors of the paint industry; as such he always attended the bi-annual national symposiums, in those years the symposiums used to be shared with the three provinces, Gauteng, KZN and the Cape in biannual cycles. For all of us old timers, we still hold fond memories of those symposiums. Dave was always the organiser of the golf days, held the day before the symposium commenced and if memory serves me correctly, it was known as the T&C tournament.

Dave Dewberry was born in East London and matriculated at Selbourne College; he then went on to University and graduated with a degree in Chemical Engineering. Dave was a talented sportsman and for numerous years played rugby at provincial level for Border, then a very strong provincial side. It was through a very dear family friend of his by the name of Roy Dryburgh, who captained South Africa and Natal at rugby, who persuaded Dave to relocate to Durban and so the chemical and paint industry gained this exceptional man and as such OCCA.

Dave, after many years left T & C and then joined J & G Wevell, before setting himself up as an agent and distributor in the chemical industry, where a number of renowned overseas manufacturers were only too happy for Dave to represent them in South Africa.

Through the 1990’s and into the new millennium, Dave remained a loyal member of OCCA at the KZN branch; he was one of the longest standing members. He was a committee member of the first OCCA National Symposium to be held in South Africa in 1968, the venue was the Drakensberg Gardens Hotel.  In the 46 years that I have been an OCCA member, Dave Dewbury was always there to encourage me, hear my ups and downs, share a beer or three!! We enjoyed many pleasant evenings and laughs at OCCA meetings and aside from this sporting knowledge I was always amazed how much technical knowledge he knew about the subject and topic that was being presented at the OCCA technical meetings, but then he was a Chemical Engineer!!

Dave will be greatly missed to OCCA KZN, he always had a kind word and was an absolute gentleman, I will certainly miss him. Dave leaves his two children, Kim, Gary and his three grandchildren. Our condolences go out to them all. Kim was so helpful in putting together his early years and their happy family ties.