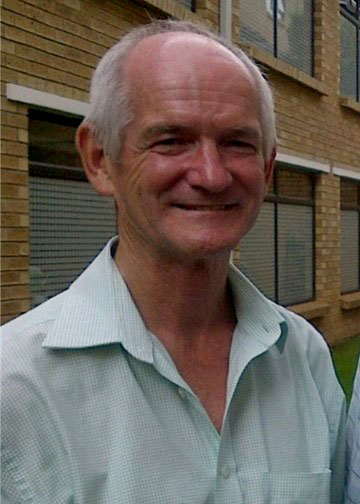 If I was asked to remember one single lasting thing about Eugene, I would say it was his smile. He was such a friendly, enthusiastic, and helpful person.

Having attended his Memorial Service at the Kyalami Country Club, (‘his’ Club -where I had enjoyed playing golf with him on several occasions), I learnt how loved this man was by his wife Jenny (married 45 years) and his children Darryl and Janine, and a host of good friends and family who attended in person and via the magic of electronics -he was a much loved man, and I have been speaking to his old Plascon friends, Maurice Pin and Don Cochran. Eugene ended up as National Training & Development Manager. In Don’s words – ‘he was the best trainer they had’ Our condolences go out to his wife and son and daughter.

Eugene (born 7th August 1950) grew up in Port Elizabeth where he met and married Jenny. He started off his paint technology career working for Plascon in PE. He attained a 3-year Chemical Technology Diploma (Silver Medal final year). Eugene then left Plascon and joined the Uranium research group at the University of Port Elizabeth.

He stayed there for a couple of years. Jenny tells the story of how they were at the Greek Restaurant in Russel Road in PE having a good time with his rugby mates, when Hartman Potgieter asked her to dance. Hartman spent the entire dance convincing her to get Eugene back into the Plascon fold!

From PE, he went to join Plascon Mobeni in Durban where he worked in Automotive Paints – developing ‘Electrocoat’ for Toyota. He travelled to Shinto in Japan several times and travelled to Germany at this time. He then transferred to Johannesburg in year 2000. The Els family moved into Fourways where they remained.

He started a ‘Nationwide Call Centre’ – a courtesy advisory service for customers with problems. Between 2007 and 2009 he worked with Don Cochrane, putting Training Manuals together. He was a mentor to several people at Plascon and ended up as National Product Specialist at the Kansai Plascon Paint Academy. Eugene’s famous tale was that he never had a day’s sick leave in all his years at Plascon! After retiring in recent years, he provided consultancy services to his previous organization, Kansai Plascon

Eugene was keen on sport-running, cycling & golf amongst others He regularly played with friends at Kyalami Country Club (where his friends called him “Ernie”) and was a regular competitor at the SAPMA Golf days, heading up an OCCA sponsored Fourball.

Eugene joined OCCA in October 1986. He moved his membership to OCCA Northern Section when he moved to Johannesburg in the late 1990s. He was an ‘ATSC Professional Member’ of the Oil and Colour Chemists Association.

In his later years he joined the committee and on 5th July 2013, he was elected Chairman of OCCA Northern Section. He retained this position until 7th March 2019 when he announced his retirement and intended to travel with his wife Jenny.

These 6 years were very eventful in that we had organized four consecutive Mini-Symposia and had participated in the first ‘Coatings for Africa’ Conference and Exhibition at the Sandton Convention Center run by DMG Group. The latter event coincided with OCCAs Centenary Celebration. Eugene was the first person to man the OCCA stand at CFA!

Eugene, because of his training background, was passionate about educating people in the paint industry. During this time, he hosted many OCCA technical meetings and social events, at which his lovely wife was always at his side.

Eugene died after a brave fight against cancer on Thursday 10th December 2020. Optimistic until the very last, he had sent a message that he thought he could meet his OCCA Northern Committee mates for lunch at Werner’s Bistro on Friday the 11th! We were looking forward to having him join us.

Eugene Els was a fine example of an OCCA member. Typically, he was drawn to the technology/industry and developed a long-lasting passion for his work – a volunteer who put his heart and soul into the maintenance of our organization.

We will miss you comrade, rest in peace! 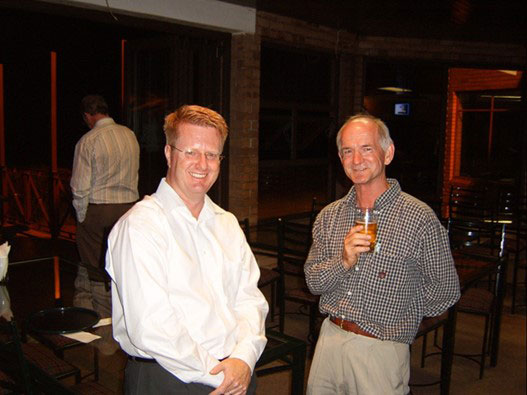